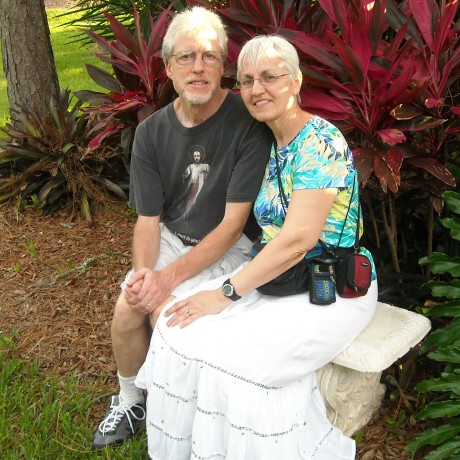 One Answer to Two Prayers

In 2006, we were praying for answers for Bill's health and our finances. We had been a one-income family since I had quit my job as a computer programmer when our first child was born. We both wanted me to be able to stay home and raise our children, but years later, it appeared that I would have to go back into paid employment as higher education costs tipped the financial scales too far. The problem was that I was still home schooling our two youngest children and did not want to have to give that up. Besides the financial distress, Bill was looking at surgery for three hernias in his abdomen, a hereditary issue in his family and one that could lead to repeated surgeries as he grew older. This led us to prayer. That was when a long-lost friend thought about us and called to share a company and a product that had greatly blessed her life.

At first, we just wanted to get Bill through his surgery and try to build his body up to resist developing future hernias. We were still praying about our finances, but we didn't think we wanted to do a home business. We're not the salesman-type, and we thought a home business would end up costing us money instead of earning money. Within one month, as we watched our friend help Bill get his body rapidly through the surgical recovery period and heard what was happening to many other people who were including Reliv shakes in their daily routine, we knew we had to share the blessing we had found. How could we know what this incredible nutrition had done for our friend and so many others and not want to share that with other people in our life who were desperately seeking answers? We found that Reliv is not a sales job—it's simply a way to pass on the blessing that our friend had shared with us, and now we knew that our second prayer had been answered, too.

We love sharing the blessing with people we know and people we've never even met before. It is indescribably fun to get someone started on Reliv and then watch as those perfectly balanced nutrients go to work building new, healthy cells. We will never tire of reaching out to help people who are looking for answers—whether with their health or finances. Reliv can make dreams come true, and who wouldn't want to be able to do that for themselves and others?